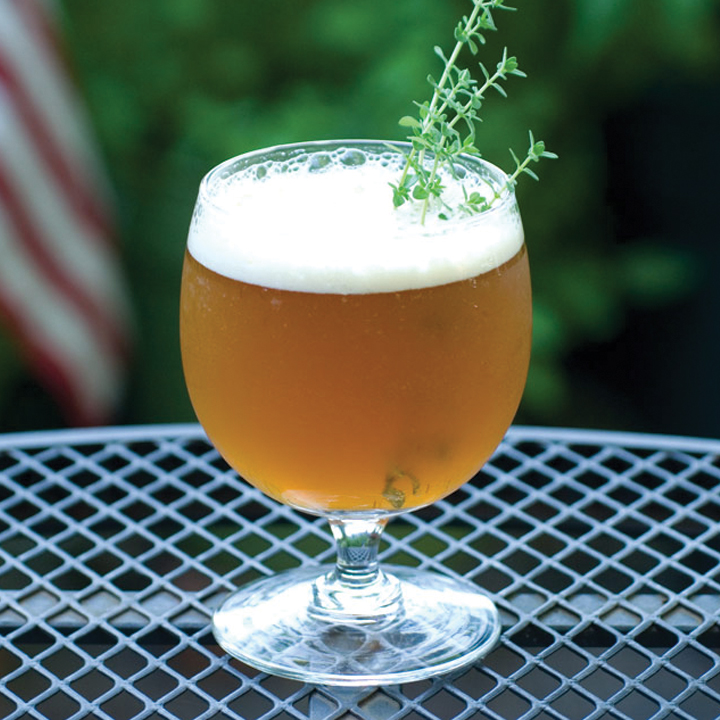 Howdy readers! Today our Beer 101 gets a little boozier than usual. Why? Because today we are going to learn about beer cocktails! There are three types of beer cocktails out there, and we’ll explore them one by one. Let’s get mixin’.

Style One: Beer + Nonalcoholic Mixers. You can enhance beers with any number of nonalcoholic mixers, such as hot sauce,  spices, or fresh citrus juice. In Germany a dollop of raspberry syrup is traditionally added to a Berliner Weisse. The simple Chelada, from Mexico, consists of a light Lager with a squeeze of lime, served in a salt-rimmed glass over ice. A “shandy” is beer plus a soft drink, such as carbonated lemonade, ginger ale, or cola.

For a fun example of Style One, try making a Beer Punch: start with a large pitcher and mix 12 ounces of citrus-flavored soda, 2 cups of pineapple juice, and six bottles or cans of your favorite beer (you can even throw in sliced citrus fruit if you want). Ladle out into individual cups and enjoy!

Style Two: Beer + Beer. Your second style option is to combine two beers that taste good together. Guinness Stout is a classic base for beer cocktails, as in the Black and Tan (a stout poured on top of a lighter beer, such as a Pale Ale). Similarly, a Stout poured onto champagne is known as a Black Velvet.

Finally, Style Three: Beer + Spirits. If you’re feeling adventurous and don’t mind a higher ABV you can also boost your beer with the intense aromas and flavors of hard alcohol. Perhaps the most famous of these cocktails (especially around St. Patrick’s Day) goes by the politically incorrect name of the Irish Car Bomb. To make one just pour a pint of Guinness Stout into a pint glass and drop in both a shot of whiskey and a shot of Irish cream liqueur. Make sure to drink it fast before the cream starts to curdle!

For a master-level Style Three cocktail to take a swing at, we recommend making a couple of Cucumber Blonde Bloody Marys. Here’s the recipe:

1. In a cocktail shaker muddle tomatoes, celery salt, black pepper, vodka and lime juice until it is completely squished and pulpy.

2. Add the remaining ingredients except the beer and garnishes. Place the lid on the shaker and shake vigorously.

3. Strain into two tall glasses. Fill with ice (if desired). Top each glass with beer, pouring slowly and off the side to prevent excess foam.

And there you have it, folks: the three styles of beer cocktails (remember to enjoy responsibly). And if you’d like to research some craft beers before you decide to mix them into cocktails, we recommend coming by The Pizza Press! All of our location have a great and constantly-changing selection of craft beers and ciders, as well as delicious fully-customizable pizzas to accompany them.

We hope to see you soon, and cheers!