The subject of today’s Beer 101 article is the Coffee Stout. First and foremost, what is a Stout, and what made it what it is today?

A Brief History of Stouts
The adjective “stout” originally just meant “proud” or “brave,” but after the 14th century it took on the meaning of “strong.” The first known use of the word “stout” for beer was in a document dated 1677 found in the Egerton historical manuscripts held in the British Library; the sense being that a stout beer was a strong beer – not a dark beer. The name “Porter” was first used in 1721 to describe a dark brown beer that had been made with roasted malts. Because Porters became so popular, brewers made them in a variety of strengths. The beers with the higher gravities were called “stout porters,” which was eventually shortened to just “stout”. In the centuries since, the term stout has become firmly associated with dark beer rather than just strong beer. 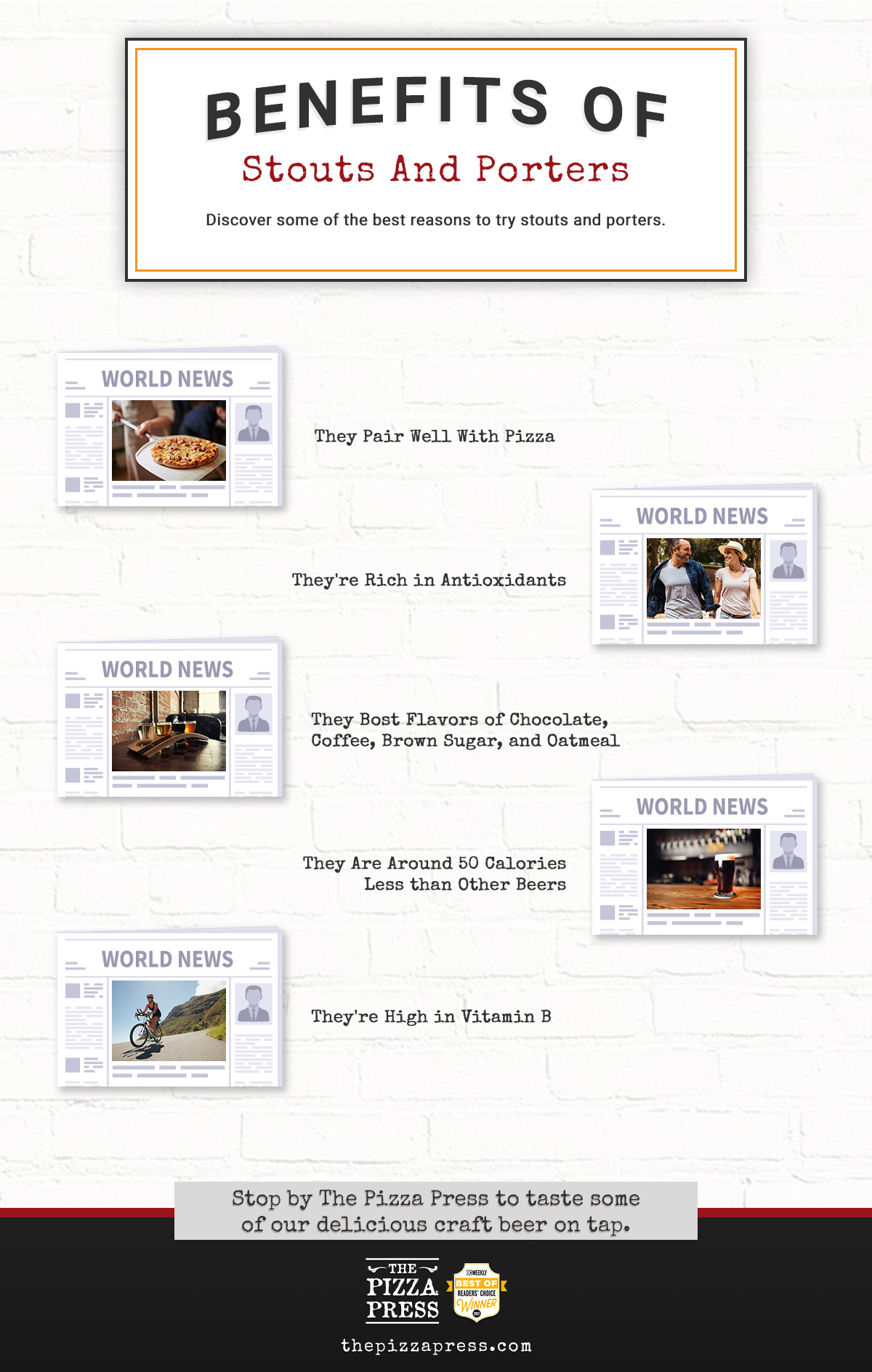 The Stout Flavor Profile
Stouts vary widely based on the brewing process and ingredients used, but stouts in general share some common characteristics. Stouts have a jet black body and a tight, creamy head. The balanced bitterness found in stouts comes not only from hops, but from the inclusion of roasted un-malted barley.
Stouts tend to have aromas of ground coffee and dark fruits (typically plum, prune, or black currant), with hints of spice, wood, or earth. They typically have flavors of roasted malt, chocolate, coffee, toast, caramel, and sometimes a light nuttiness or char. The chocolate taste comes from kilning the malt at high temperatures (sometimes cocoa is added during the brewing process for additional chocolate flavor). All stouts have a very thick body, which is why they are sometimes nicknamed “meal in a bottle.” Overall, stouts are full, creamy, smooth, rich and satisfying.

Coffee Stouts!
We have now reached the heart of this article: Coffee Stouts. Coffee was first added to Stouts to complement the roastiness of the malts. Initially, the ATF (Bureau of Alcohol, Tobacco, Firearms, and Explosives) put a halt on coffee beer due to its caffeine content. Eventually, quiet lobbying (likely from brands producing products like the infamous Four Loko) successfully made it legal to sell coffee beer with proper labeling.
Brewers employ a few different methods to infuse their stouts with coffee:

As of the publication of this article (on Monday, October 24, 2016) you can taste a few delicious examples of Coffee Stouts at the following locations of The Pizza Press!

We hope you enjoyed this article on Coffee Stouts today on The Pizza Press Beer Blog. Feel free to leave a comment below if you have any thoughts on this article or coffee stouts in general, or if you have any ideas for future topics you’d like us to explore on our blog. Thanks for reading!

See our current Coffee Stouts on tap and bottle at all of our locations on TapHunter.com or on the Tap Hunter App!