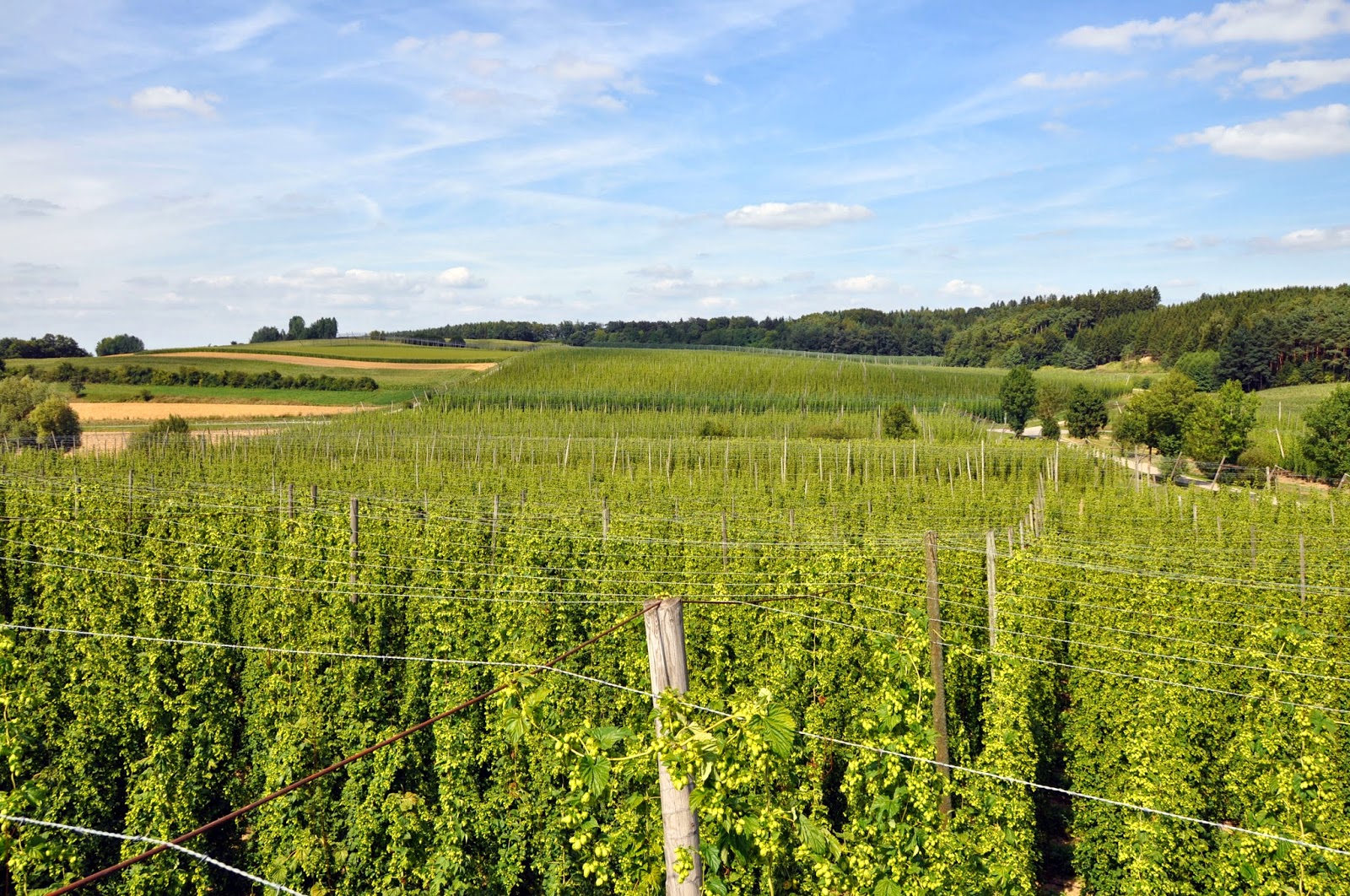 Hello Blog readers! Today our Beer 201 article will be about Foreign Hops. Before we dive into that, however, we will give a brief overview of hops in United States.

It’s safe to say that the United States hop farms are not evenly distributed across the country. Today, the Pacific Northwest states of Oregon, Washington and Idaho’s panhandle grow 97.8 percent of the hops in the United States. Anchored by its famous Yakima Valley, Washington alone accounts for almost 74 percent of the domestic industry. It is also home to the first American Viticultural Area established within Washington State. Sounds like American beer drinkers and wine drinkers can agree on at least one thing: the Yakima Valley grows some tasty ingredients!

How about Germany? The US topped Germany in hop production in 2009, 2013, and 2015, but otherwise Germany produces the most hops in the entire world- roughly one third of the world’s entire hop production. The “Hallertau” in Bavaria is the largest continuous hop-planting area in the world- 178 square kilometers!

Hallertau is the original German lager hop; named after the Hallertau region mentioned above. Due to susceptibility to crop disease, it was largely replaced by Hersbrucker in the 1970s and 1980s. Hersbrucker hops bring a mix of fruit, spice and floral characters to beer. It is mostly used for the finishing touches on German and Bavarian style Lagers and Pilsners, and is also regularly used in Hefeweizens, Dunkles and Bock beers.

Next on our list are Czech (or “Bohemian”) hops. The birthplace of the Pilsner style, Saaz hops are the only true Czech Pilsner hops. Named after the Czech city of Zatec, Saaz hops have a mild, earthy, herbal and spicy aroma and a very low Alpha Acid level.

Technically Ethiopia is the third-largest hop producing country in the world, ahead of China. However, they actually grow “Gesho”, a plant also used as a bittering and preservative agent in beer. The Ethiopian government lists them as “hops” in their agricultural reporting, so just to cover all the bases we’ve included them on the list.

Finally, we end in Britain. The most popular English noble hop varieties are Fuggle, East Kent Goldings and Goldings. Discovered as a chance seedling in 1861 and propagated by Richard Fuggle in Kent, England in 1875, Fuggle was once the most prominent English hop. Specific aroma descriptors include mild, wood, grass and mint. East Kent Golding hops (also known as Canterbury hops) have scents of sweet citrus fruits and redolence of nectarous flowers. And last but not least, Golding hops are the ancestor of East Kent Golding hops and are delicate and sweetly floral.

That’s it for this week’s Beer 201! If you’re interested in trying some foreign hops for yourself you have lots of options at The Pizza Press! Our Orange and Pasadena locations have Firestone Walker’s Luponic Distortion No. 004 (4 kinds of South African hops), our Costa Mesa location has Ninkasi’s Helles Belles German-style Lager (German hops), and North Hollywood has Angel City’s Pilsner and Lagunitas Pils (Czech hops).

Thanks for reading, and bottoms up!