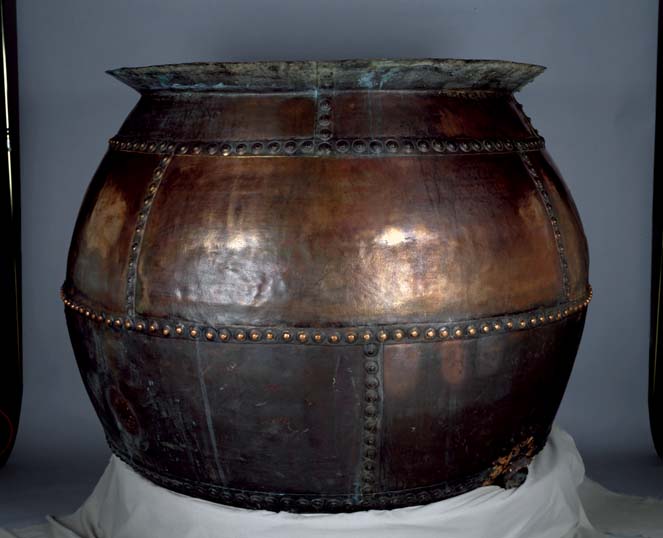 Hello Blog readers! Today’s Beer 201 will be an in-depth exploration of Kettle Sours. Let’s get started!

If you missed our previous article on Sour Beers, here’s a recap. Brewing Sour Beer is an age-old tradition (possibly the first style of beer ever developed) that involves careful production and long periods of fermentation and use of bacteria or wild yeast (a process known as mixed fermentation).

Classic Sour styles like Lambics take a year or more to develop their character, and even then only under ideal conditions. Even the microbes and bacteria in the breeze coming off the fields are conducive to the style. Making a classic Sour Beer from start to finish often takes a long time, from several months to two years.

So what are Kettle Sours? Kettle Sour is, itself, not a style. Instead it refers to the production method used in brewing the beer.

Kettle souring is much quicker than the classic souring method, doesn’t require any special equipment and is less expensive to make. This means it is cheaper for consumers as well.

Not only can brewers bring their beers down to a low PH in a matter of days but they can also brew without the risk of cross contamination, since the wort is boiled to kill off the souring bacteria. Also, since lactobacillus (the souring bacteria) is extremely sensitive to the alpha-acids found in hops, this method allows you to make a hoppier sour beer than would be possible using traditional souring.

Kettle souring is being used at breweries all over the country, usually on Berliner-Weisse or Gose styles of beer. Gigantic Brewing’s Ben Love says about the cost of making kettle soured beer vs. mixed fermentation sours, “It’s very inexpensive compared with the lab pitches, which you need to propagate.”

To simplify things, Kettled Sours are infected before the boil. All that it takes to accomplish a successful kettle sour is a kettle with some temperature control and lactobacillus bacteria (Gigantic Brewing sometimes uses nonfat plain probiotic Greek yogurt when making kettle sours, specifically for its blend of lactobacillus that produces a clean, tart sourness.)

The process is pretty much as simple as brewing a “normal” batch of beer. After the wort is created and then briefly sterilized in the kettle, the wort is cooled to promote lactobacillus bacteria growth. Then lactobacillus is pitched directly in the kettle and left to sour the wort, which usually takes one to three days to reach the desired sourness.

Not everyone is a fan of Kettle Sours, however. To Sour Beer purists, quick souring is a bastardization of a noble and timeless brew. Chad Yakobsen, founder of Crooked Stave Artisan Beer Project, says, “[Kettle sours are] very one note. It is directed at the acidity. It doesn’t have the time and artistry in it.” Others says that the flavors derived from Kettle souring are limited and simple, and even a masterfully made Kettle Sour will never achieve the complexity and nuance of a true mixed fermentation Sour Ale.

So who’s right? As the saying goes, “you can’t argue about taste”. That’s why we recommend you try some Kettle Sours at The Pizza Press and decide for yourself! (Sours pair great with a Publish Your Own pizza topped with aged cheeses, by the way.) Here’s a list of kettle sours you can try at The Pizza Press:

And if you prefer mixed fermentation Sours, don’t worry- we have those too! The Pizza Press Huntington Beach currently has Hoppy Sour: Equinox by Almanac available in bottles, a blend of sour blonde ale aged in wine barrels and a farmhouse ale fermented with four strains of brettanomyces bacteria. It’s fruity, funky and delicious!

This concludes our 201 on Kettle Sours. Cheers, and thanks for reading!